"Now I understand that’s what I’ve been looking for my whole life."

“The first time I felt loved is when I joined a gang at 15. They were my brothers. I thought, ‘Wow, here’s where I’m supposed to be.’”

Growing up, Johnny struggled to find his place in the world. His mother left when he was just a baby, leaving him to be raised by an alcoholic father. “He supported me financially,” Johnny says, “but there was no love there.”

Angry and desperate to escape his broken childhood, Johnny joined a gang — falling in love not only with a sense of family he’d never known, but a lifestyle of violence and drugs.

For years, he lived what he calls a “savage life.” But when he started using heroin, his life quickly unraveled. By 2016, Johnny was homeless for the first time. For the next five years, he cycled in and out of homelessness, unable to conquer his worsening addiction. Alcohol, cocaine, heroin, meth … he didn’t care what he was using, as long as he was getting high.

His addiction was so bad, Johnny says, that even his gang brothers told him, “You got to leave the hard stuff alone, man. Look where you’re at.” He came to MRM in 2017, but soon relapsed. Then, one year ago, after seven overdoses, he returned.

“I gave my life to Christ when I came the first time,” he says. “But when I left, I lost my path with God. I was miserable, crying every time I looked in a mirror. Looking back, I know God was letting me go through all that so that, like a lost sheep, I’d run back to Him—and I did. God took me back with open arms, and I’m committed to living my life on a foundation of Jesus Christ. God has shown me what true unconditional love looks like, and now I understand that’s what I’ve been looking for my whole life.”

Today, Johnny is sober and deeply grateful for donors like you who helped provide this chance. “It feels good knowing there are people out there who care about guys like me,” he says. “Without you, none of this would be possible!” 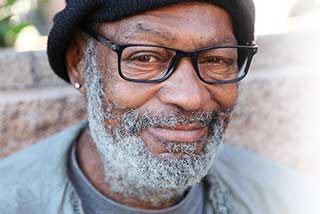